My baking blog seems to be gathering cobwebs due to several weeks of neglect. Before it continues to fall apart due to lack of maintenance, it is time to do some "Spring Cleaning" and "repair works".

This post was supposed to be up during Chinese New Year period. For this Chinese New Year, I have decided to move away from doing just the usual pineapple tarts. Come to think of it, it is my fourth year doing the all-time festive favourite. Before I could decide if I want to make the pineapple paste from scratch, mum happily handed me two packets of store-bought paste, leaving me with no choice but to use them.

Ever since I had my maiden attempt on making homemade pineapple jam, the bar has been raised. I am no longer satisfied with the one-dimensional plainly sweet pineapple jam. There is far too much sugar in store-bought paste, probably necessary to allow the paste to keep for a long period of time. In addition, store-bought jam is much drier compared to homemade ones, does not taste as fruity and lack the cinnamon taste which gives it the extra oomph.

Next year, I will likely not be doing any pineapple tarts and will be shifting the focus to trying out other CNY cookies instead. 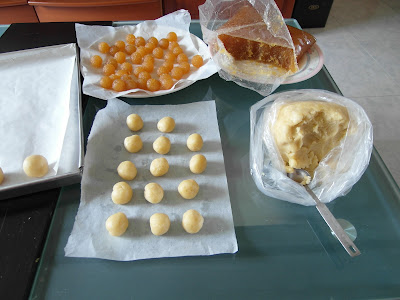 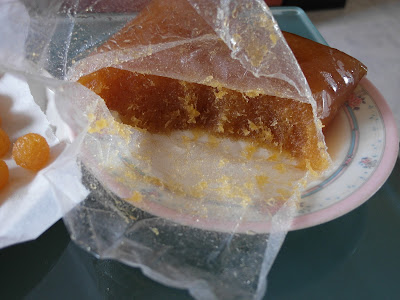 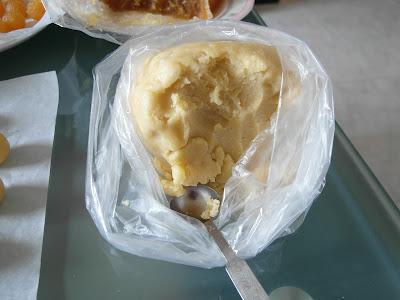 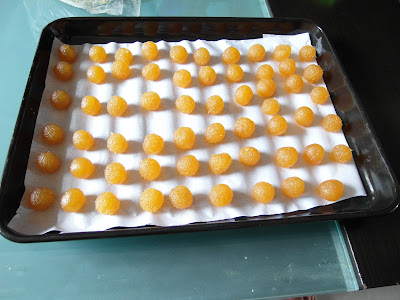 Besides doing pineapple tarts, I have tried Florence's peanut cookies recipe. These cookies are so fragile that they crumble in the mouth right away, giving the melt-in-the-mouth texture. Personally, I prefer my peanut cookies to be firm and crunchy, but taste-wise there is nothing for me to find fault with, for they are packed with loads of peanut flavour. I will be using caster sugar in place of the icing sugar for this same recipe next CNY to give a crunchy texture instead. 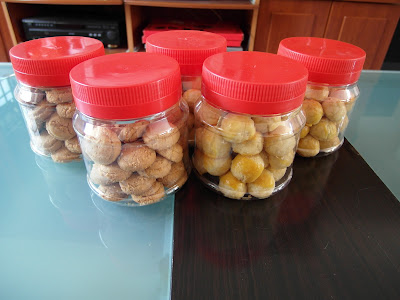 Just a few tubs of CNY goodies I have made. 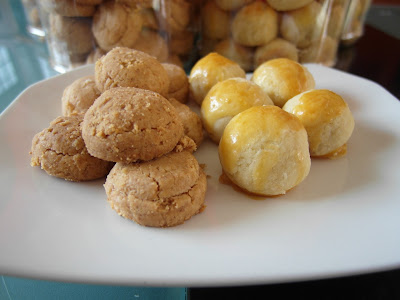 Peanut Cookies (recipe from Do What I Like by Florence)
Taste and Texture: Strong peanut flavour with melt-in-the-mouth texture.