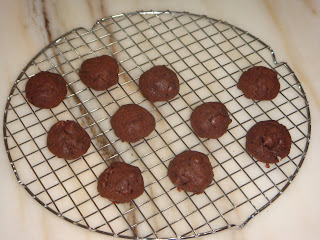 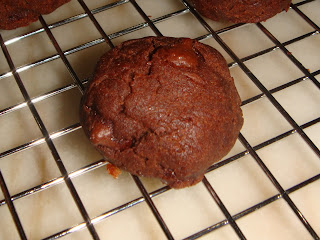 This was my first attempt at making brownies. According to diana desserts, there are 3 kinds of brownies - cake-like, fudgey and chewy. Out of the three i would prefer the latter two. To me cake like brownies are just like dense chocolate cakes.
The recipe i tried was quite simple. Instead of the usual rectangular shape brownie, the recipe suggests rolling the dough into balls. In my opinion, i think the texture and taste of the brownie is ok. Will be trying out other chocolate fudge brownie recipes in future.